Implementation of neural networks into meteorological science has been met with mixed reception with emotions ranging from full enthusiasm to total contempt. In Meteopress, we have focused on a straightforward goal — radar echo / precipitation nowcasting using the current state of the knowledge of neural network science.

Meteopress AI team in collaboration with AI specialists from the Czech Technical University in Prague has tested the currently known neural network developments, compared them with traditionally used optical flow methods like COTREC, pySTEPS and other and evaluated the results of predictions using objective indicators and methods. The two currently trained neural networks — PredRNN and U-net CNN outperform the optical flow methods and are easily deployable with standard radar data feeds.

Precipitation nowcasting has been a difficult challenge in meteorological science. Since the beginnings of meteorological remote sensing, a plethora of methods have been developed, ranging from simple ones, which neglect some aspects of the precipitation development, to more advanced methods that aspire to model complex dependencies in the atmosphere.

The problem of predicting precipitation can in general be decomposed into two subproblems. First one is the correct estimation of the area affected by rain and the second one is the accurate prediction of the precipitation intensity. Tackling both of these objectives at the same time proved to be difficult; therefore, the first developed methods ignored some of them. The technique, which leaves both of these aspects frozen, is called Eulerian persistence. In this method, the latest radar echo observation is used as the forecast for any lead time. While such an approach can be useful for a few minutes into the future, with the atmosphere in a constant change, it quickly becomes very inaccurate.

The second approach is called Lagrangian persistence. It is based on the assumption that both the intensity of the precipitation field does not evolve and its motion is constant. A well-known example is the COTREC, which despite its age, is still widespread in operational use by national meteorological institutes. It consists of two steps — estimating motion vectors of the field (optical flow) from a sequence of latest radar echo images and extrapolating the future ones according to them. Both steps have been gradually improved, and implementations of selected combinations can be found in the rainymotion library. According to the authors, these methods should be used as a standardized benchmark for validating newly developed algorithms, such as the ones implemented in the library pySTEPS. The pySTEPS methods are also based on the motion field estimation; however, there is no limitation to the precipitation development.

The latest rapid development of neural networks and artificial intelligence shows that there might be powerful tools to be used. AI is nowadays trying to solve multiple challenges ranging from general tasks such as computer vision and time series forecasting to specific applications like autonomous driving, medical research and there are experiments to use it also in meteorology. In Meteopress research, AI methods achieve similar or superior results compared to the traditional methods.

When switching to machine learning computed predictions, the traditional pipeline of weather data measurement, preprocessing the data and afterwards postprocessing the predictions for visualizations remains unchanged. The main difference is in the predictive model. While a traditional algorithm is completely human-designed, which requires a deep understanding of the domain, a machine learning method consists only of a set of rules, how to process given data and how to improve these rules based on it.

The most important source of data is a two-dimensional precipitation field measured by weather radars, due to its availability and a good representation of the current rainfall situation. Precipitation nowcasting is a supervised machine learning problem. The learning starts with a model producing randomly initialized predictions based on the inputs. The predictions are getting gradually better by comparing them to the ground truth and adjusting the model inner weights. Thus, using historical radar data, the ground truth is just the sequence measured in the following timesteps, so no extensive data preparation, such as labelling, is required. Nonetheless, there is no theoretical restriction regarding the input data, and adding other sources of data improves the results.

The main building block of both networks is the operation called convolution. Convolutional filters are applied over all of the input images identifying features in them and creating internal representations of the precipitation field. These filters are acquired automatically during the training process based on which information from the input leads to a better prediction. Network selected features often lead to more effective representations of the precipitation field compared to the human created ones.

First of the architectures, called U-net, is built solely on convolutions. Convolution layers are in the first phase mixed with downscaling layers (convolution with a fixed filter), to force the network to extract just the vital information, while in the second phase there are upscaling layers to produce prediction in the correct shape. Results achieved by this method outperform COTREC by a significant margin; however, the network has no understanding of the temporal development of the precipitation, as the fixed number of consecutive precipitation field images is stacked both on the input and output.

The second model furthermore uses the concept of recurrent neural networks. These are built around cells which predict from the latest observed data for the one next future timestep. The cells have internal memory remembering the previously seen images in the sequence, which leads to some notion of the temporal development of the precipitation field. An important part is to incorporate the process of convolution into the cell for effective image processing. The PredRNN architecture, based on the SpatioTemporalLSTM cells, is one of such and can serve as a solid building stone.

Due to the two-dimensionality of the problem (the model is predicting both precipitation area and intensity), quantitative evaluation is not a straightforward task. While traditional point-wise metrics like Mean Absolute Error (MAE) measure deviation in both dimensions, they do not indicate the causes of error.

The other widely used and useful metric is Critical Success Index (CSI), but it partially ignores the precipitation intensity. Validation using CSI indicates that the AI predictions achieve comparable or better performance compared to the other methods. That being said, there is still a need for further discussions to indicate which combination of metrics is suitable for nowcasting validation.

In general, the scores of all nowcasting techniques depend on the particular situation markers such as the size of the precipitation field, its intensity and speed of the movement. One of the strengths of the AI approach is the ability to train for a specific set of situations, run all neural networks simultaneously and operationally evaluate the current performance. The next step is to select the method with the best current performance or use an approach called Mixture of Experts (MoE).

Mixture of Experts is another neural network in Meteopress’s chain. It uses the predictions from multiple nowcasting methods (COTREC, pySTEPS, rainymotion and several neural networks) and is trained to create an ensemble output. This output is the prediction best tuned for the current situation.

Combination of traditional precipitation nowcasting methods with AI algorithms is proving to be the correct approach. The strengths of both approaches should be fused to combine the known theoretical understanding of the physical laws of nature with the neural network’s speed, agility and ability to discover hidden dependencies. 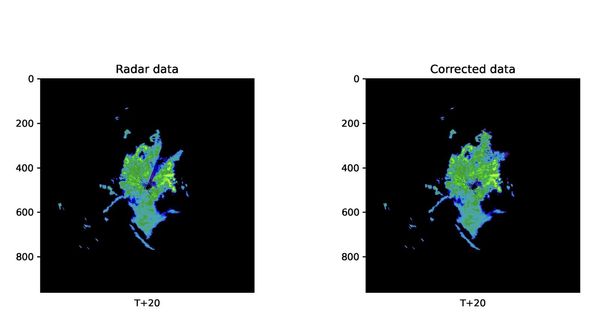 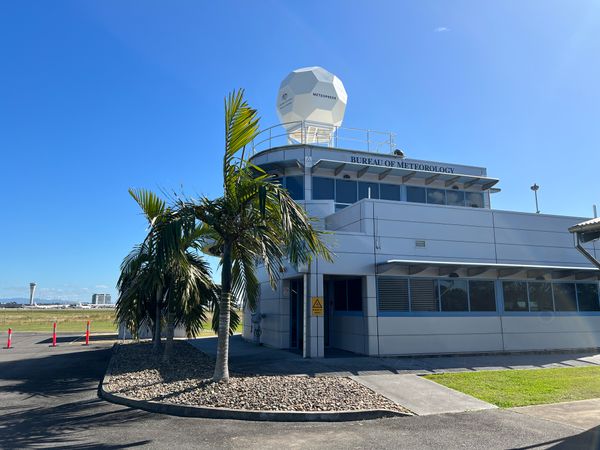 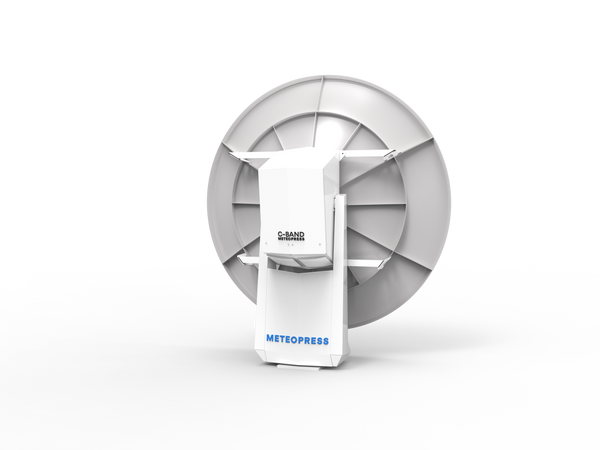